Hello, friendly peasants! I am so happy and excited to be back on track with the story! I have used my time wisely to build up my buffer of stories so that I don’t fall behind, while also planning some major, MAJOR new features for you guys. Think great and wonderful things like the final face of Tannenbaum, videos, interviews, and maybe even something with pages(?).

On a separate note, I want to take a moment to dedicate today’s blog to my friends, Jason and Nicole, who are marrying each other today, in what is sure to be one of the most happiest days of their lives. Nicole and Jason, I’m sure that you would rather have something else as a wedding present (like money), but I am sure that you’ll accept this humble gift from a starving writer with the best intentions at heart. I truly and sincerely wish you the very possible best. -BW

Quin and Tannenbaum sent the waitress away with their orders: coffee for Tannenbaum and pumpkin pancakes for Quin. Quin suggested they should order something for Lennard, but Tannenbaum refused on the grounds of fatuousity.

“I wouldn’t say that if I were you.” Lennard said as he sat next to Quin.

There are times when life moves too quickly for us to keep pace. Men recognize this when they celebrate their birthdays, when their children go to college, or when their friends suddenly become old. It dawned on Tannenbaum that the world moved far too quickly. Here was a man he had been wholly unable to find, suddenly making himself comfortable in the seat across from him, and asking Quin to pass the salt. 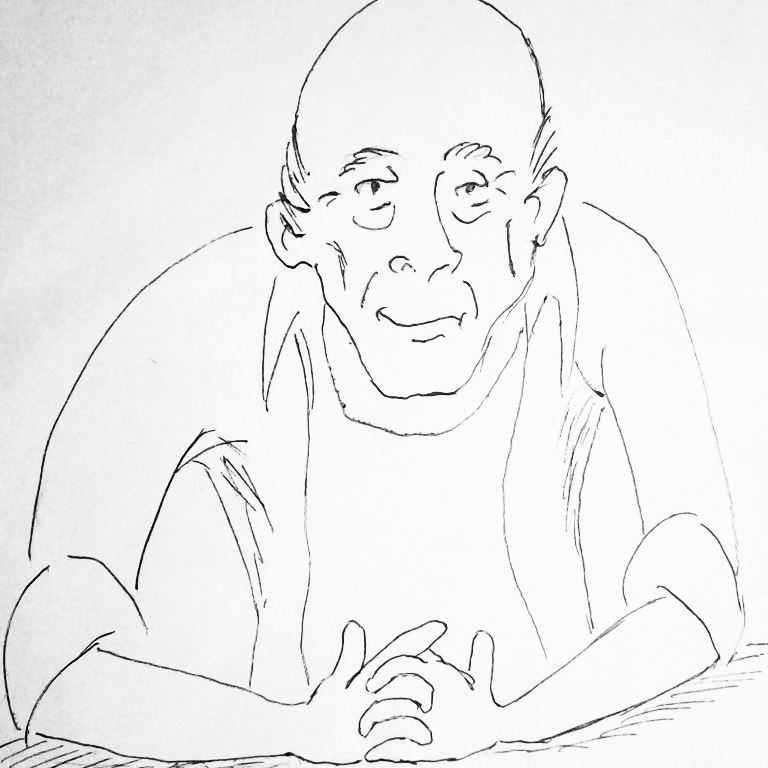 “Why do you need the salt?” Quin asked, passing it to him. “You haven’t ordered anything.”

“You should have ordered something for me.” Lennard said. “That way we could eat together.”

“I tried to, but T. Radcliffe wouldn’t let me.”

“Me.” Tannenbaum asserted. “My name is T. Radcliffe Tannenbaum. Perhaps you have heard of me?”

This was a bit of a shock to Tannenbaum. Lennard’s calm knowledge of his identity left the surgeon a little rattled. He had expected Lenneard to either have complete knowledge of every aspect of Tannenbaum’s life, or have no idea who he was at all, such was his expectations of Lennard’s abilities, and so were the pains he had taken to secret the details of himself away. He was known commonly as T. Radcliffe Tannenbaum, the brilliant and able brain surgeon, but few knew of his other lifestyles.

Tannenbaum’s exacting mind drank in the face of the man at the table with him.

Warren Lennard was a man, balding prematurely, a result of stress and a hard life, or possibly from a hereditary trait. His age could be roughly estimated to be somewhere in the neighborhood of early to mid-forties. Tannenbaum could have guessed with greater accuracy, but he already knew that the man was forty two, but the fact remained that he looked like a man older. Lennard had packed many years into few. What hair remained was flecked with what was left of dark brown hair. His arms and back were lean and nimble, his hands soft but strong. His dark eyes had seen much. He could have easily flung the table away and taken hostages, but he looked through the menu instead. His thin chin was fuzzy with stubble, obscuring the scar from a split lower lip, a souvenier of a barfight long ago.

Tannenbaum knew exactly who this man was, and he was not about to let him go. Not again.

Their orders arrived, and Lennard took a forkful of Quin’s pancakes.

“I had expected that you would know all about me.” Tannenbaum said.

“I know a little.” Lennard admitted. “I know of the overview of T. Radcliffe Tannenbaum, but I don’t know the exacting details. Like I don’t know what you had for dinner last night, or what your first name is. I know that you are a brilliant brain surgeon, master of efficiency theory, you studied abroad in Germany, you’re the author of the theory of Learning, -Genius stuff, I have to admit- a grandmaster of the game of Chess, and a closet vigilante. Mmm, this is good. Quin, what am I eating?”

“How could you possibly know this?” Tannenbaum asked in disbelief.

“I can taste it, and I know I like it. What more is there to worry about?” Lennard responded.

“You have really spent too much time with this Quin, kid.” Tannenbaum said in disbelief. “What I meant was how and why would you bother to investigate these things about me? The average crook would never go to such lengths.”

Lennard smiled a dangerous smile, something he seemed to have inherited from the villains of motion pictures.

“I investigated you because you investigated me first. I know my threats, and I evaluate them thoroughly. I do this because you are right, I am not the average crook.” he smiled again. “I’m a cab driver.”

I like to make ink marks on paper, whether they're scratchy little cartoons or nutty stories. There's no better way to live than with ink on your fingers. View all posts by themadhairman